This interview was first broadcast on Thursday April 2nd, 2015, on the Capital Radio 101.7 FM show called Capital Events presented by Dale James and Tony Howes.
More about this show can be found at…. https://www.youtube.com/watch?v=pMdDauJBj-A

Capital Radio 101.7 FM in Perth – Capital Events
Tony Howes and Dale James explain what they are trying to achieve by informing and entertaining seniors in Perth, Western Australia, in presenting their popular magazine style radio program, Capital Events.
A program that can now be heard all over the world, courtesy of the Internet.
“Capital Events” is now in its 35th week to air.  It is produced by Tony Howes and presented by him with colleague Dale James and is heard on Capital Radio 101.7 FM & Capital Digital from 6 to 8 pm each Thursday.  Its brief: to promote the arts in all their forms, and, especially, the people who make them happen; to inform about events happening in and around Perth that reflect “community”; to feature music performed by WA artists, wherever possible; and to present music of all styles. Since it began, programme guests have included Alison Fan, Stephen Bevis, Stephen Scoufield, Jenny Davis, Rick Hearder, Ian Westrip, Justin Freind, Trudy Dunn, Alan de Lacy, Felicity Kendall, Sarah Mulcahy, Fiona Campbell-Smith, Sandra Gorringe, Joan Pope, Digby de Bruin, Jenny Hayes, Libby Hammer, Sarah McNeill, Duncan Ord – and a whole lot more!  Archival style recordings also feature: original Australian casts of music theatre such as “Godspell” and “The Sentimental Bloke”, etc.
The WA TV History web page research team of Richard Ashton, Gordon McColl and Ken McKay will be busy seeking out amusing accolades from interesting folk in the performing arts and veterans of Radio, Television and the Cinema industries. We’ll be doing this to aid Tony Howes in his quest to promote the arts and entertainment happenings, even if they mainly be about the behind the scenes accidents and pranks.
The Capital Radio web site is… http://www.capitalcommunityradio.com/
The WA TV History web site is… http://watvhistory.com/ 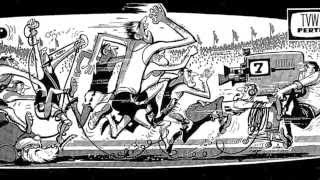 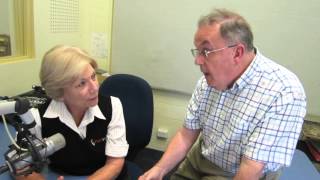